I have a pet hate with IT opinion pieces that compare our business to other industries. This is an example but it’s one of millions…

More often than not we’re compared to car factories or airlines. I don’t understand why. I waited for months for my car and I can talk to you for hours about the issues of airlines. Is there anyone left in the western world who doesn’t have a horror story about flying?

What’s special about these industries other than cars and planes appeal to middle aged men? I’d also argue that there is as much variation within these industries than there is in common. I think that Aston Martin and Skoda look as different as RyanAir and Emirates.

Why aren’t we comparing ourselves to McDonald’s, Goldman Sachs, Real Madrid or Red Bull? I can only think that it’s the appeal is because they’re engineering companies with large physical machines that move.

There is also the risk of comparing whole industries as if they had a single culture and operating model. They don’t, never had and never will.

First prize goes to the person that compares us to a religion or an animal! 😉 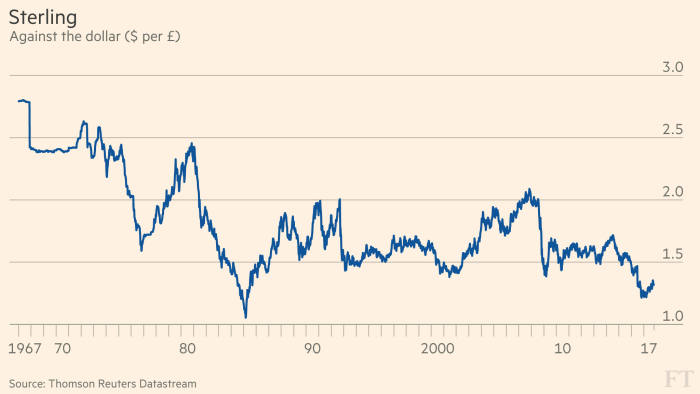 And since then it’s dropped still further. I don’t understand why this isn’t in the news more.

“the British constitution is a fragile fabric of conventions, age-old rules and precedents with no clear framework to determine what applies when, and by whom it is decided. So far, it has worked according to the “good chaps principle”, that is, the assumption that politicians with moral integrity would interpret the essence of this muddle correctly. The British are ultimately dependent on the goodwill of the government they have elected. A prime minister who deliberately chooses not to adhere to the rules and spirit of this unwritten constitution, or who even seeks to actively undermine its principles, is an unforeseen circumstance with no effective remedy.”

The politics of lies: Boris Johnson and the erosion of the rule of law

These things are worth writing down clearly so that everyone knows the rules that they’re playing to.

This is just amazing. We’re living in the future!

Two of the best documentaries ever made are The Fog of War and The Unknown Known.

After seeing both, I was left with the enduring memory of one Secretary being an intelligent man who had learnt massively during a life of service.

The other, Rumsfled, came across as a class clown who became a politician because nobody else would have him. Obsessed with his own intelligence and wit, he destroyed almost all he touched.

A learning for us all about how to talk to someone who’s under intense stress about an important topic. All in less than 30 seconds.

The level of professionalism on both sides is admirable.

“Why would you choose to insult somebody for something as ridiculous as the colour of their skin?

Unfortunately for those people that engage in that kind of behaviour, I have some bad news. You’re on the losing side. It’s clear to me that we are heading for a much more tolerant and understanding society”

Biggest issue for this happening is that the savings are not in the same places as the investments. We’ve split the business out into it’s parts and therefore for this to happen we need to tax one part of the system to invest in another.

Flip Chart Fairy Tales | Business Bullshit, Corporate Crap and other stuff from the World of Work